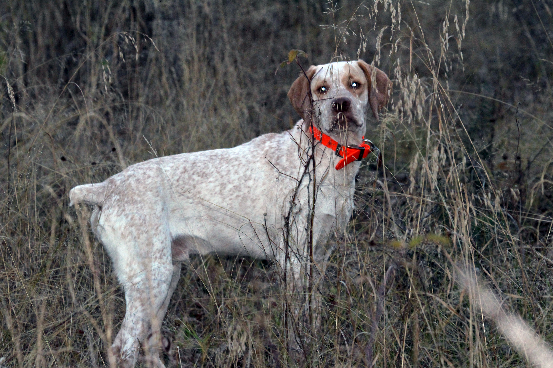 In 1925, the first Braque du Bourbonnais club was formed by a group of dedicated breeders.  They published the first standards in 1930.  Along came WWII and all of the progress made by the club was decimated.  The breed was dropped by the Federation Cynologique Internationale (FCI) for lack of breeder activity. 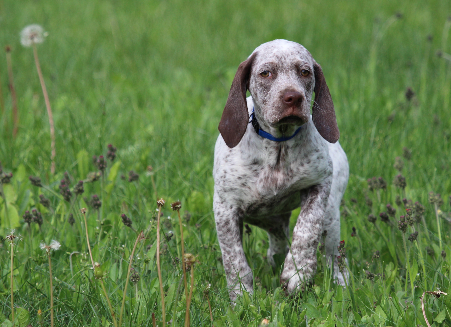 The Braque du Bourbonnais is truly the versatile gun dog that every hunter is looking for.  This dog has a very keen nose, an eagerness to retrieve, an intense pointing instinct and the energy to track wounded game. All of this plus a calm demeanor make this breed an ideal family companion.

The Braque du Bourbonnais was imported into the United States in 1988.  In 1989, Beth Cepil of New Tripoli, PA imported 3 dogs from France.  She produced the first litter of Braques in 1991.